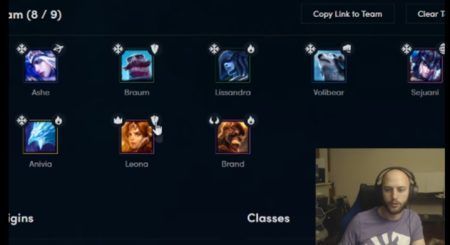 Saintvicious will be representing TL in upcoming Teamfight Tactics tournaments as a full-time player.

The former FlyQuest League of Legends coach expressed his love for the newly-established auto battler community in a statement released by Team Liquid.

“In the Autochess community, everyone is very nice to each other and there isn’t much toxicity,” Saintvicious said.

Aside from playing in the professional esports scene, Saintvicious is also known for being a streamer and content creator. Watch his reviews and commentaries on Twitch and YouTube.

READ MORE: Twisted Fate will be added to Teamfight Tactics on the next patch