Kai’Sa to join Teamfight Tactics in the next patch

She’ll be the eighth legendary Tier 5 Champion in TFT. 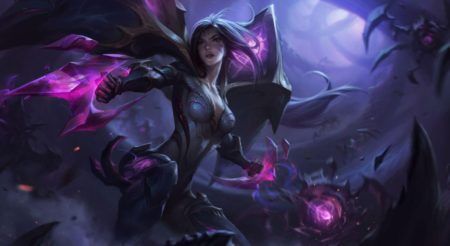 Teamfight Tactic’s Ranger and Assassin class has a new member.

The Daughter of the Void, Kai’Sa, is now a part of League of Legends’ auto battler game, Teamfight Tactics (TFT). She is the eighth legendary Tier 5 Champion to be introduced to TFT.

Her ability is quite similar to her ultimate Killer Instinct in the normal game, except that she dashes to the furthest enemy on the board and gains a shield and attack speed for a few seconds. She comes with the highest base attack speed in the but will have lower attack damage than most Champions to balance it out.

Kai’Sa’s arrival to the TFT has also changed the Void Origin effect.

You can read more information about Kai’Sa on the TFT here.

Kai’Sa is now available on the Teamfight Tactics PBE and will be coming hopefully sometime this month by Patch 9.19.

READ MORE: Pantheon is coming to Teamfight Tactics: Here’s everything you need to know