Every champion, origin, and trait revealed for Teamfight Tactics: Galaxies so far

Set 3 is shaping up to be a good one. 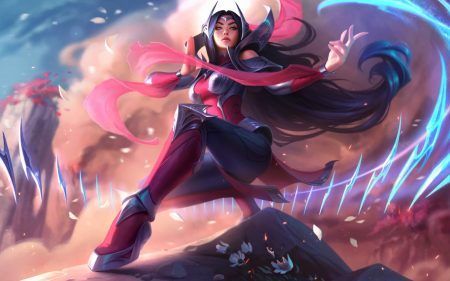 Taking on a more cosmic and technological theme for Set 3, we’ll be seeing our favorite champion pieces in skins such as Star Guardian, PROJECT, and Super Galaxy.

Here’s a list of all the teased origins/traits and their heroes:

From the get-go, we can see some similarities in the new origins with previous ones from Sets 1 and 2.

Star Guardian seems to have a similar effect as Ocean, granting mana across your team’s composition.

The Mech-Pilot trait also borrows a bit from the Set 1 trait, Elementalist, in which a 3-stack would spawn a golem. From the looks of it, the mech-pilots might get a second chance as individual pieces after the Super Mech dies.

Cybernetic looks to be a fairly tank add-on to any team. With the likes of Leona and Fiora, you also have a strong front-line to take up damage with some skill shields.

Riot mentioned Irelia as the go-to carry, but since the Cybernetic trait only works on item-carrying champions, you may need a back-up trait like Blademaster to push through the mid-game phase.

Although the blog post indicated a fair amount of recurring champions in Set 3, Riot did add some new faces to keep the roster fresh. Here’s a list of the newest champions in TFT:

As you can see, Riot has placed new units across the tiers. Although some of the units have familiar traits like Zoe with Sorceror and Irelia with Blademaster, Rumble, Ziggs, and Fizz are entirely brand new additions to TFT.

With Rumble and Ziggs, you can get the Demolitionist trait (Demolitionist’s spells stun for 2.5 seconds) which basically works like a spell-based Glacial trait. As for Fizz, his new Infiltrator trait was not defined by Riot, but we assume it’s a revamp of the Assassin trait.

Although Riot’s teaser only showed us a tiny pool of champions with new skillsets, we’re likely to see a substantial unveiling in the last week of Rise of the Elementals. With Set 1 having 57 units and Set 2 having 56 units, TFT players can expect around forty more champions to join the battle in Set 3.

For more details on the Set 3 teaser, you can check out the official blog post here.