The Ramen Royalty renegade springs her way onto the Battlefield. 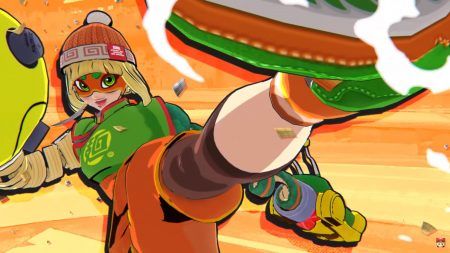 Super Smash Bros. Ultimate creator Ryu Sakurai has announced that Min Min, a beloved character from the Nintendo-exclusive fighting game Arms, will be the first official fighter of the Fighter’s Pass Vol. 2 DLC.

As an Arms character, Min Min’s arsenal revolves around her trademark extending arms. Min Min comes to SSBU as a melee-ranged brawler, easily zoning enemies out on the ground or in the air. Players can also slightly bend the arms up and down for a more direct hit on their opponents. 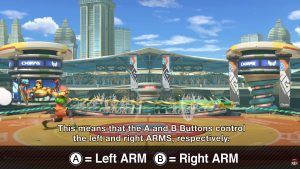 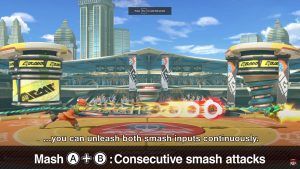 Instead of having a standard special B button, Min Min’s A and B are assigned to her left and right arms respectively. With the unique mechanic, Min Min can punch at the same time, either in the same or opposite direction. As for her smash attacks, you can easily perform them by mashing the two buttons.

Though Min Min has some solid long-ranged attacks, she has serious downfalls when facing enemies up close. Her normal attacks are easy to dodge with a simple jump. Due to the long attacking animation of her arms, she is also vulnerable to quick counter-attacks from whiffs. 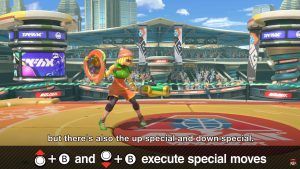 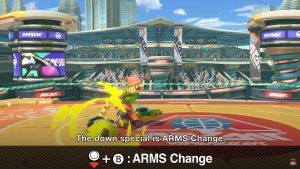 Min Min shines brightest with her powerful collection of ARMs. With the A button controlling her normal attack arm, the B button can work between various kinds of ARMs for special attacks. She has three different ARMS to work with: 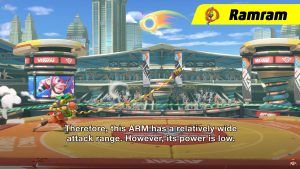 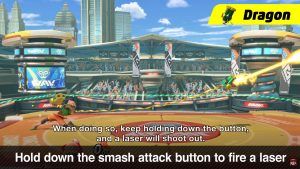 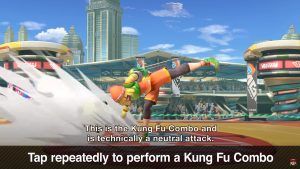 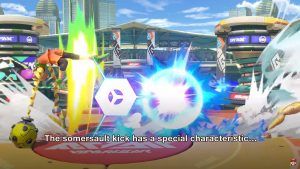 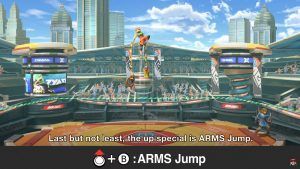 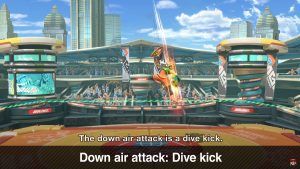 Some of Min Min’s other notable moves add some extra flavor to the Ramen Princess’ already unique skills. The ARMs specialist has a quick neutral attack called “Kung Fu Combo” that unleashes a flurry of kicks. Her up-smash, Somersault Kick, acts as an anti-aerial move that also reflects projectiles.

Her up-B, ARMS Jump, is a fast launch that makes Min Min invincible to incoming attacks during her launch. If paired with her down air attack, Dive Kick, Min Min can initiate flashy, repetitive attacks on the opponent.

Along with Min Min, players can battle it out on the new ARMS-themed stage called “Spring Stadium.” The Stadium is equipped with jump pads and deadly ceiling arches that you can use to extend your combos. With items on, ARMS drones will occasionally drop heavy crates that you will have to manually break to obtain the items inside. 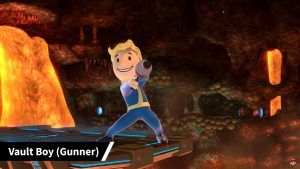 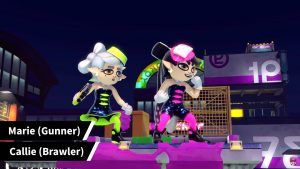 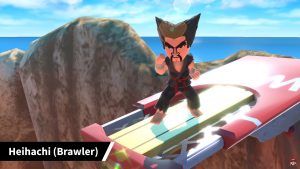 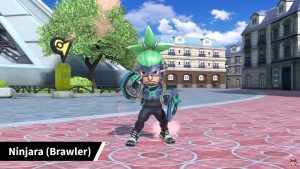 Min Min’s announcement video also included reveals for some new guest characters in the form of Mii Fighter costumes. Arms’ Ninjara, Splatoon’s Marie, and Tekken’s Heihachi will have their own Brawler skins while Vault Boy and Splatoon’s Marie will enter the fighting game as Gunner skins.