The big bad from Street Fighter 3 has returned. 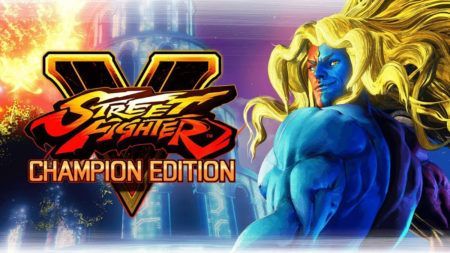 At the end of the CPT North American Regional Finals, Street Fighter producer, Yoshinori Ono, took the stage to announce a new version of Street Fighter V called Champion Edition, and a new addition to the roster: Gill.

Gill first appeared in Street Fighter 3: New Generation as the final boss, but hasn’t been a playable character since then.

Based on the reveal trailer, it looks like Gill will be faithful to his SF3 incarnation, with a similar moveset to his brother Urien, but with added options and setups.

His first V-Trigger called Primal Fire is offense-oriented, while his second V-Trigger, Ice of Doom, has moves that extend combos and a parry function.

Other details revealed for Champion Edition include 40 playable characters, 34 stages, over 200 costumes, and new sets of V-Triggers and V-Skills for every character.

The game will also include an Arcade Mode, Team Battle, Online Matches, Cinematic Story, Extra Battle Challenges, and Fighting Chance as base features.