This tournament is absolutely stacked. 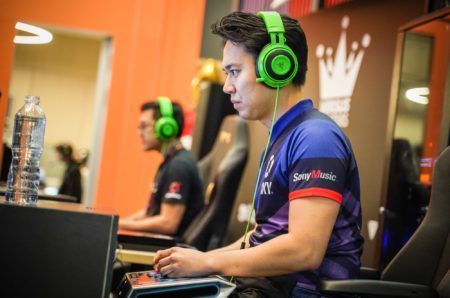 The stakes are incredibly high for the upcoming East Asia 2 online qualifier. This will be the final opportunity for one player from the region to qualify for Capcom Cup 2020.

Out of the 18 online tournaments, only four online qualifiers remain.

Japan was only given two qualifier slots, with the first Capcom Cup 2020 slot secured by Daigo “The Beast” Umehara after winning a stacked online tournament.

The complete tournament attendees list can be viewed here.

Capcom Cup 2020 was originally supposed to have 40 qualified players with the top 16 players from the global ranking point leaderboard that was split into two seasons. There was also going to be 22 players from the World Warriors Challenge from different regions around the world, along with the winner of the last chance qualifier.

But due to the COVID-19 global pandemic, Capcom decided to remove all offline events and replaced them with 18 online qualifiers, which dropped Capcom Cup 2020’s total number of qualified players to 20. The very last Capcom Cup 2020 slot will be given out via a fan favorite vote by the Street Fighter community, where they will choose a Capcom Cup 2019 participant to join the tournament.