Mark your calendars and rev your engines. 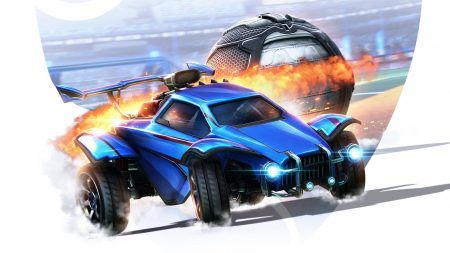 Back in July, we reported that Rocket League’s impending move to the Epic Games Store was scheduled to happen sometime in the summer. Now, we have an exact date.

The ground-breaking race car-powered hyper-soccer game finally arrives as a free-to-play title in the Epic Games Store on September 23 at 11 p.m. GMT+8.

When Rocket League’s releases on the Epic Games Store, it will officially leave the Steam digital storefront as a purchasable title. But long-time players shouldn’t worry, as their copy of the game will still be playable on their Steam client.

Rocket League’s Epic Games Store debut will be celebrated with a special in-game event called “Llama-Rama.” Psyonix hasn’t revealed details about the event yet — an official announcement is promised for next week — but the ties with Epic’s flagship battle royale title Fortnite are pretty obvious.

In addition to Llama-Rama, players can also look forward to game-wide challenges and competitive tournaments as early as launch day.

The Psyonix team also announced that today’s game update will allow current players to start linking their Rocket League and Epic Games accounts. This will enable seamless cross-platform progression, no matter where you choose to play.

The update also includes “Legacy” rewards for existing Rocket League players.  In addition to being able to brag about their “Legacy Status” in the game, they can also expect the following perks to pop up in their in-game inventories: