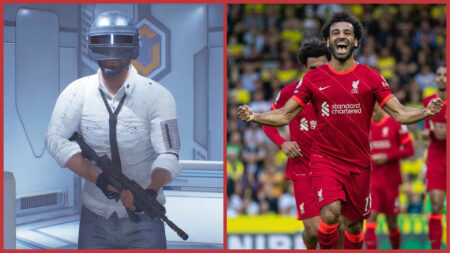 As Liverpool FC’s first-ever crossover into the PUBGM world, the club is looking to bring exclusive in-game features to fellow Reds fans around the globe.

The collaboration will release a set of limited-edition outfits that lets diehard fans wear the LFC brand on the battlefield.

Players can also expect free in-game gear and items, such as parachutes and backpacks, when competing in classic game modes.

While professional football is a world away from mobile battle royales, Liverpool FC senior vice president Drew Crisp saw the collaboration as a way to further engage LFC’s loyal fanbase.

“With the realm of online gaming growing and evolving amongst our fans, PUBGM is the perfect platform to connect with them in a different, but very relevant context,” said Crisp.

PUBGM is looking to bring more football to Erangel

“As we continue to strengthen our current bonds and develop prominent relationships with iconic industry leaders, we look forward to further integrating the world of football into PUBG Mobile,” said Wang.

The PUBGM x Liverpool FC collaboration will run from November 12 until December 20.