Godzilla and King Kong are coming to PUBG Mobile

This is going to be one epic showdown. 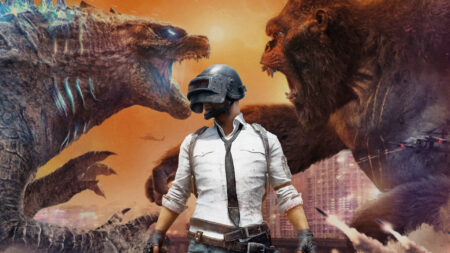 Iconic movie monsters, Godzilla and King Kong, will soon be bringing their rivalry to PUBG Mobile.

The PUBG Mobile x Godzilla vs. Kong collaboration event was revealed by Tencent during its 3rd-anniversary livestream earlier this week.

A completely new game mode will put players in-between the great battle of the sea monster Godzilla and the humongous gorilla King Kong, a conflict based on the upcoming movie Godzilla vs Kong.

“We’re making a brand new mode available that would give PUBG Mobile players a special encounter with Godzilla and Kong,” said the Godzilla vs Kong director himself Adam Wingard.

The release date of the event has yet to be announced. However, it is likely that fans will join the battle at the end of March or early April, around the same time the movie will be released.

PUBG Mobile has released a teaser featuring its characters joining forces to fight against the two enormous monsters. Clips from the movie have been added in between PUBG Mobile gameplays to help players imagine an exhilarating PUBG Mobile x Godzilla vs. Kong event. You can watch the

Additionally, Tencent will launch the new Karakin map on April 7. This battle map is 2 × 2 km in size, pitting players into the most intense and high-paced battles.