There will be new rewards to earn as well. 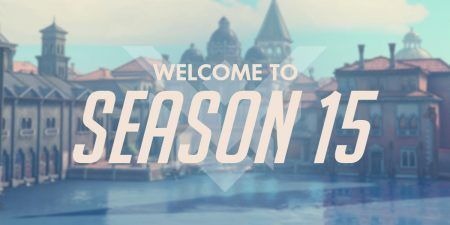 One of the interesting changes coming with Season 5 is that, going forward, there will be no more Competitive Play off-season breaks. According to Blizzard, once a Competitive Play season ends then a new one will immediately begin.

For those new to competitive play in Overwatch, it is designed for players who think they are skilled enough and are looking for a more serious experience than the Quick Play or Arcade Modes.

Competitive Play is unlocked at Level 25, and players must first complete 10 placement matches to obtain their initial skill rating — a number between 1 and 5,000, with greater skill levels indicated by higher values. Players will also be assigned to a tier based on their rating — ranging Bronze, Silver, Gold, Platinum, Diamond, Master, and all the way to Grandmaster — with the possibility of moving up a tier getting more likely as they improve.

Competitive play also grants players rewards based on their performance during the season, such as special sprays and player icons, among others. You can check out Blizzard’s blog post for a more detailed look into these.

Season 15 will surely be made more interesting by the recent additions of the new Assault map Paris and hero, combat medic Baptiste to Overwatch.

Check here to find out more about the new Paris map, and here for a look into Baptiste’s skillset.