The new assault map is filled with narrow streets, corridors, and storefronts for intense fights. 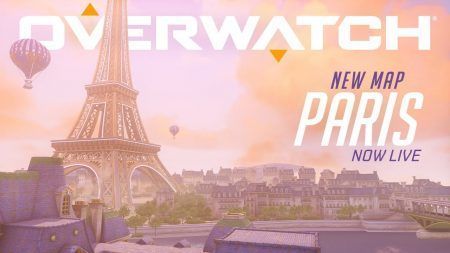 The latest map for Overwatch, Paris, has now gone live across all versions of the game — on PC, the PlayStation 4, and Xbox One.

The map is being introduced into the game as part of a new patch that also went live earlier today.

The iconic French capital will be the fifth assault map in the game. Paris is filled with narrow streets, corridors, and storefronts that will surely force players into early and intense firefights.

The map also features notable areas such as the Cabaret Luna, the Pâtisserie Galand, and the Maison Marat. As should be expected from a rendition of the iconic city, the map boasts a picturesque atmosphere and beautiful sceneries.

The new Paris map first made its debut in Overwatch on the game’s PC test servers earlier this month.

Check back with us for more news, updates, and new content on Overwatch.