In-game sales is the true revenue maker for videogames. 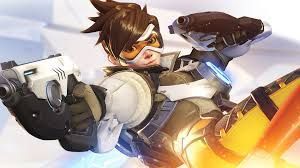 Besides revealing a brand-new character into its roster, Overwatch also pulled off a major milestone last month — it has become the sixth Blizzard Activision IP to cross the US$1 billion mark for in-game purchases.

As a videogame, Overwatch was already a billion-dollar hit one year after it launched as players needed to buy the game, unlike other free-to-play shooter titles.

Overwatch also constantly updates the game with new content, such as missions and gameplay modes, as well as avatar cosmetics, emotes, and victory poses. Players can get these add-ons by purchasing loot-boxes or using tokens earned from opening boxes earned by finishing matches.