He’ll be missing for the entire “The Turn” tournament. 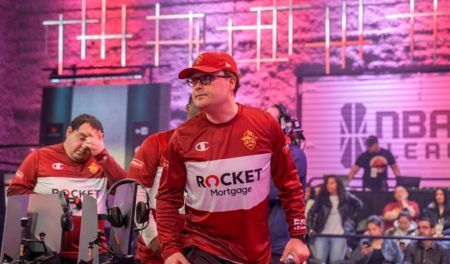 The NBA 2K League has issued a US$10,000 fine to the Cavs Legion GC, and suspended point guard Cody “LYKaPRO” Hart for the entire “The Turn” tournament as well as three regular season games.

The fines and suspension were issued as a result of a complaint filed by Magic Gaming following their 57-59 loss to the Cavs Legion on April 11. An investigation by the NBA 2K League found that the Cavs Legion had violated a one-time ruling during the game that regulated the use of switching defensive matchups.

The match was notably delayed due to technical issues, which was determined by league officials to have been caused by defensive matchup switching by both teams. Both teams were consequently forbidden from switching matchup settings for the rest of the game, a rule that both parties agreed to with just over 11 minutes left to play. However, the Cavs Legion ignored the ruling and switched matchups again, eventually winning the game 59-57.

The league indicated that the hefty fine placed on the Cavs Legion was due to them breaking the rules and obstructing the subsequent investigation into the incident. Since the matchup-switching function is controlled by the team’s point guard, LYKaPRO was given the harshest punishment.

LYKaPRO’s absence will be a big blow for the Cavs Legion, who face Jazz Gaming next in the first round of The Turn, the second of the NBA 2K League’s four in-season tournaments, which kicked off today in Las Vegas.