As the season draws to a close, these players have been given an in-game boost. 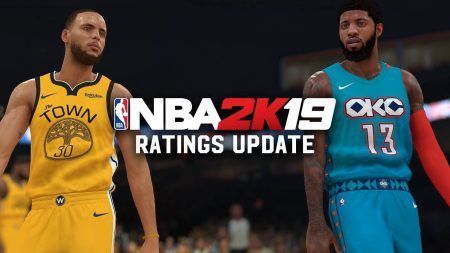 Lavine has been lighting it up this season even if the Bulls remain on tank mode — putting up 23.8 points per game so far — to be boosted two points up to an 86 overall rating.

With All-Star guard Victor Oladipo out for the season due to an injury, the Pacers have turned to Bogdanovic to take up much of the offensive load. The forward did not disappoint, posting a career-high 17.7 points per game so far as he leads Indiana in securing home court advantage in the playoffs. For his efforts, Bogdanovic has been bumped up two points to be an 83 overall.

Meanwhile, Young has kept the race for the Rookie of the Year award this season interesting. The Hawks star rookie has put been putting up 26.1 Points, 4.8 Rebounds, and 9.0 Assists in 35.0 minutes per game since the All-Star Break, showing that the draft night trade that sent him to the Hawks and Luka Doncic to the Mavericks might not be that bad of a deal for his team. Young has been given a three-point boost to reach a solid 82 overall rating.

With only around 15 games left to be played this season until the playoffs, this ratings update could be among the last we’ll see until the release of NBA 2K20 later this year.

You can check here for the full list of rating updates.