Nail your colours to the mast. 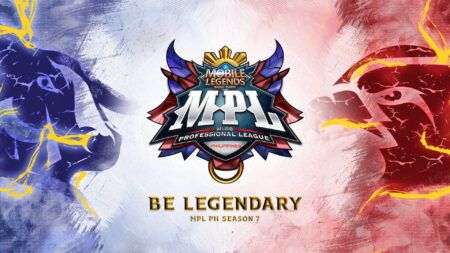 The MPL PH has finally locked in two last teams for its seventh season. After sizing down a record-breaking registration pool of over 3,000 teams, Team World Challenger and Laus Playbook Esports dominated the 8-team playoff bracket and proved that they’re ready to join the PH league.

Rising contender Team World Challenger was an instant favorite in the tournament. Sweeping every series throughout the upper bracket, the team faced returning MPL PH S3 champs ArkAngel in the upper bracket final.

Despite going up against a more known team, WORK stood their ground with some worthy trades. In exchange for an inhibitor turret in the top lane, the WORK squad claimed the Lord and a few easy kills to initiate a stronger split-lane push.

In the final push, Chuuu managed to pick off Saxajago’s Lancelot after he made a miscalculated dive right at the base inhibitor. With AA’s main damage dealer now out of the picture, the rest of WORK along with the Lord sieged the inhibitor for the game one win.

Game two was a slow start for WORK due to ArkAngel’s efficiency in shutting down their rotations. With AA stealing two turtles and controlling most of the map, the team was just waiting for Chuuu to look for potential picks and openings.

To turn things around, Chuuu opted to dive into their jungle and bait out three enemies into the rest of his team. With Fy’s Jawhead sending Saxajago over the wall, ArkAngel had no choice but to join in the fight, but with Jobert easily pinching out the squad, Chuuu and his crew easily claimed three kills, a turtle, and a turret from the clash.

Team World Challenger eventually came out on top with a massive Lord push down the mid lane. Although the team wasn’t able to seal the win on the first attempt, Chuu took out Fall’s Benedetta in a quick scuffle in the top jungle and immediately pushed back the rest of AA back into their base.

Jobert came in with the perfect flank and sliced through Ninjakilla to let the mid lane usher in the final wave and destroy the inhibitor. With the sweep, Team World Challenger finished the MPL PH S7 main qualifiers with an incredible 6-0 record.

Down in the lower bracket, Laus Playbook Esports only had the recently defeated ArkAngel standing in their way to the second and final slot for the MPL. Though LPE had their backs against the wall after a hard-fought loss in game one, the team’s ‘adventure time’ duo of Beemo and Jake The Dog was eager to stage a comeback.

LPE closed out game two with a strong display of skill from Jake The Dog’s Wanwan. Already activated with an Immortality and Demon Hunter Sword, Jake The Dog re-engaged the entire AA crew and picked up a massive triple-kill. With no one left to defend the base, Arvs’ Luo Yi instantly teleported them to the base inhibitor for the tying game win.

Game three featured a more composed ArkAngel that focused on three-man rotations and cohesive team clashes. In order to contest this more aggressive playstyle, LPE stuck to farming out their lanes and keeping their gold income close to their opponents.

By the mid-game phase, LPE seized an incredible four-man Rotation- Blazing Duet combo by Arv’s Luo Yi and Jake The Dog’s Claude. Even though Jake The Dog was playing the hypercarry role, the tag-team of Ryota’s Lapu-Lapu and Arvs’ Luo Yi became the highlight of the game.

While Jake The Dog stayed to sustain the fight alongside Aspect and Beemo, Ryota and Arvs went for the instant diversion to catch out Broly during his recall, shutting down AA’s main damage dealer.

At the end of the final game, the two teams went back and forth in pushes and engagements, but LPE was slowly securing the game with two back-to-back Lords.

To start the final push, Beemo charged in with Lord and initiated Imperial Justice to execute Fall’s Baxia, securing the 4v5 advantage. Though the Silvanna player fell in the fray, Ryota and Arvs easily cleaned up with two double kills and closed out the series with a triumphant win.

With such a jam-packed weekend of competition, MPL PH now brings in Team World Challenger and Laus Playbook Esports as the final two teams for the seventh season. The two teams will now face against the best PH teams such as OMEGA Esports, Aura PH, and M2 World Champions Bren Esports in a season format.