Who’s the MPL PH GOAT? You decide who makes it to the Hall of Legends 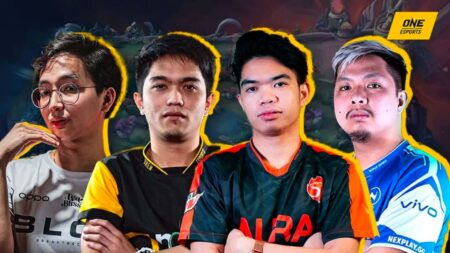 To celebrate its 10th season, MPL PH has launched the Hall of Legends, the league’s version of a hall of fame.

MPL PH made the announcement during the MPL PH Season 10 pre-season press conference on August 1. The new initiative is the MPL’s way of honoring its MLBB esports athletes who have contributed to the game’s continued growth and its esports scene.

The community will select the players for the Hall of Legends

According to Moonton Marketing and Business Development Specialist Maui Tang, the community will play a big part in nominating the players to be included in the list.

“Since we’re giving more power or voice to the stakeholders, the fans, and the community, we give the stakeholders the voice to nominate athletes they feel deserve to be counted as part of the top 10 legends of the MPL,” he said.

The MPL voting committee will be composed of Moonton executives, players, coaches, media, and fans.

The criteria to be eligible for the Hall of Legends is simple. “Any MPL PH professional player who played in Season 1 up to the current Season 10 can be nominated. Nominees can also come from the current roster playing in Season 10,” he stated.

The MPL also plans to add more players to the Hall of Legends every 10 seasons, so new players will still have a chance to make their mark. The induction of the players this season will be held during the grand final on October 22.

More details about the Hall of Legends, and presumably how to vote, will be revealed as the season goes on.