Branz and the boys show what peak Indonesian gameplay looks like. 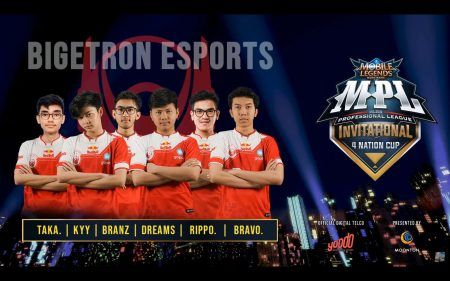 The Mobile Legends Professional League Invitational: 4 Nation Cup has concluded its third day of qualifiers, pitting Singapore and Indonesia’s finest players against each other in the group C stage.

Bigetron Esports currently holds the lead with while Genflix Aerowolf follows the fellow ID squad with a split record.

Despite having just one matchup for the day, Bigetron blew their only opponents, Siren Clan, out of the water. With all team members working as a unit, BTR maintained a significant 10K gold lead and 9 kills on the board, with no real carry standing out. With a Lord-backed push down the midlane, BTR claimed a glorious wipeout and sealed the game one win.

Bigetron continued their momentum and playstyle to dominate in game two. With Branz and Bravo now racking up more kills on the board, the boys in red easily closed out the match in 12 minutes. With all three lanes ushering waves of creeps, BTR went straight for the base inhibitor, claiming a sweep over Siren Clan.

Despite being one of the better teams in the group stage, Bigetron might have to look out for Genflix Aerowolf in the next set of qualifiers. Seeing as how the teams have met a few times in the MPL ID, GFX may be able to pull a quick strategy to dismantle BTR’s consistent gameplay.

Day 4 of the MPL Invitational qualifiers continues next Friday, commencing the second set of group A’s games. You can catch the action on the official MLBB YouTube channel.