The team will make its MPL SG/MY debut on March 1. Aside from being one of Mandopop’s biggest names, Singaporean singer, JJ Lin is also an avid esports fan.

Team SMG was founded by Lin in 2017. He was then joined by Kenchi Yap, a former professional Dota 2 player-turned-chief executive officer for Team SMG.

“I’ve grown to love the MOBA (multiplayer online battle arena) genre ever since Dota was first released on the Warcraft 3 custom game platform. It has since fueled my passion for esports. By teaming up with Kenchi Yap in establishing Team SMG South-East Asia, we are another step closer to our global vision for esports,” said Lin. 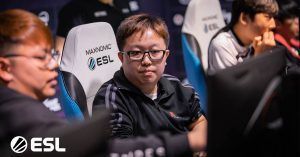