BTR is now the only unbeaten team in Season 5. 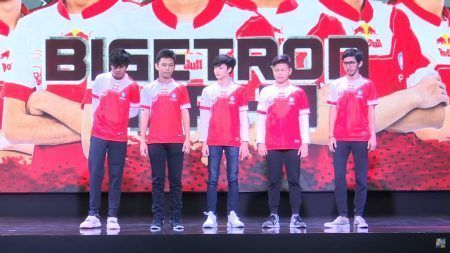 In just its second week, the Mobile Legends: Bang Bang Professional League Indonesia saw some unexpected changes in the leaderboard. Here’s our recap of Week 2 action:

Match of the Week: Bigetron Alpha vs Aura

Bigetron Alpha’s series with Aura brought out the best in both teams. In Game 1, BTR easily took the W by clearing Aura’s side of their towers and constantly pressuring the lanes with creeps. By the end of the game, BTR had a 13K gold lead and finished the game in under thirteen minutes.

With their backs against the walls in Game 2, Aura went into every battle with a die-hard mentality. Contrary to Bigetron Alpha’s elite play style, Aura adopted a more aggressive strategy, taking down BTR members in every situation.

Right before the 10-minute mark, Novan “Darknesss” Lumingkewas pulled off an amazing Ejector shutdown on Jabran “Branz” Wiloko, prompting Aura to hunt down the rest of BTR. As they caught up to them in the bot-lane, Rizky “Warlord” Agustian attempted to hold off Aura with a Power of Order Brilliance, but the Aura trio was relentless. Once Warlord’s immunity wore off, Darknesss claimed another Ejector takedown on the Lunox player.

As BTR started to play more aggressively, Aura’s risky play style started to backfire. In a clash near the bottom pit, Hafizhan “Clover” Mirzaputra interrupted BTR’s Lord rush and secured two kills on Warlord and Akbar “Bravo” Nirda. Even with the player deficit, Branz and Hengky “Kyy” Gunawan rushed in for some payback. Executing his Blazing Duet, Branz easily melted their health bars to depletion to get the wipeout for BTR.

With the wipeout, Branz and Kyy secured Lord and led the final push into Aura’s base. With no more towers left, BTR claimed their second game to win the series in under 14 minutes.

Player of the Week: Gustian “Rekt”

Even in such a star-studded line-up, Rekt still stood out as the best roaming players in all of EVOS’ games. Even with Muhammad “Wann” Ridwan getting a fair amount of kills, Rekt did almost twice as much damage (105,501) than Wann (61,250).

In EVOS’ match against Onic Esports, Rekt became the go-to back-line in the late-game phase. With Onic doing their best to protect their jungle, their members arrived in waves, even killing Fahmi “Rexxy” Alamsyah with Maxhill “Antimage” Leonardo’s flamethrower.

As each team’s members backed in and out, Rekt entered the scene to ultimately win the clash. With his Energy Transformation, Rekt popped Antimage’s Immortality and strafed alongside Lu “Sasa” Ben to take his first kill. Antimage eventually respawned and used Last Insanity to retreat, but Rekt locked his sights on the Xborg player and unleashed a pinpoint Maximum Charge for a double kill.

After two weeks of MPL ID action, Bigetron Alpha finds itself at the top with a spotless 4-0 standing. RRQ Hoshi sits in second place (3-1), with EVOS right behind their fierce rivals (2-1). AE and Aura (2-2) are tied for fourth place while Onic, GFLX, and Geek are at the bottom of the leaderboard.

Week 3 of MPL ID Season 5 is ongoing this weekend.