The time mage will once again be able to spam Chrono Dash in patch 1.4.44. 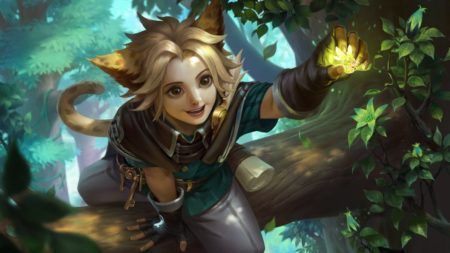 Harith has been one of MLBB’s best midlaner heroes since the launch of the game. His ability to spam Chrono Dash with his Zaman Force Ultimate active gave him incredible mobility and disruption, all while being nearly unkillable thanks to Chrono Dash’s shield gain.

Chrono Dash spam was only possible due to a mechanic that reduced Chrono Dash’s cooldown by four seconds anytime you hit an enemy with an enhanced basic attack combined with Zaman Force itself reducing the cooldown of Chrono Dash by three seconds.

However, patch 1.4.36 nerfed Chrono Dash by reducing the amount of cooldown reduction from 4 seconds to 3 seconds.

The nerf prevented Chrono Dash spam, and Harith has since fallen out of the meta.

But Harith may soon be making a comeback as MLBB’s patch 1.4.44 has reverted some of the nerf.

Chrono Dash now has a 9-second cooldown at all levels, down from 10 seconds previously.

The new shorter cooldown means that it’s once again possible to get back down to three-second Chrono Dashes while using Harith’s ultimate. Combine that with 30% cooldown reduction from items, and Chrono Dash can once again by spammed with a one-second cooldown.

Look out for the pesky time mage to once again enter the meta with this latest change.