Your team could take home US$250,000 in the Collegiate Mobile Legends Series

Time to be a pro at balancing studies and play. 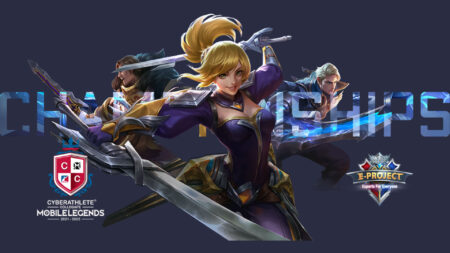 As one of the biggest grand final cash prize in the collegiate esports market, Cyberathlete stated that it sees this as “an investment”, especially since the global esports industry is growing by more than US$1 billion dollars each year.

When will the SEA Collegiate Mobile Legends Series take place?

Open qualifiers in Southeast Asia will begin this month in May 2021, and will continue until August 2021.

Top teams from each country will then compete in the Collegiate Mobile Legends for three regular seasons, with all players receiving a salary.

Finally, the top four collegiate teams from SEA after three seasons will fight it out at the World Collegiate Finals in December 2022 for a grand final cash prize of US$250,000.

“We are really excited to kick the series off in Southeast Asia, where Mobile Legends: Bang Bang has met with massive success,” said Scott Valencia, CEO of Cyberathlete.

“But more importantly, we are proud to be putting students on a path that will allow them to be highly competitive in collegiate esports while remaining engaged with their academic commitments.”

Which countries are involved in the SEA Collegiate Mobile Legends Series?

So far, these country partners have come onboard:

Visit the official Cyberathlete website for the latest information.