Bren will face Burmese Ghouls in the Semifinals. 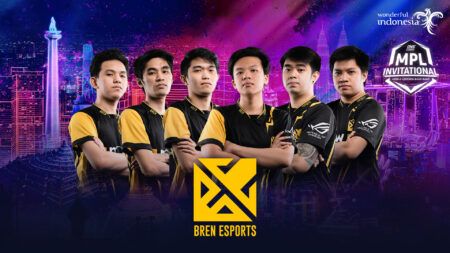 Bren Esports is the last PH team standing after defeating rivals Aura PH in an exceptional series to end the fourth day of the ONE Esports MPL Invitational.

Aura PH captured the first game using the infamous Diggie strategy that they popularized in the MPL-PH S6 regular season.

The strat, which was done by Jaypee, was effective in locking down KarlTzy’s Brody and Lusty’s Chou. It also allowed maximum map control for the side of Aura PH as a dead Diggie provides a moving vision which can’t be removed.

In the early stages of the match, Bren Esports was leading in kills and gold but the gold lead slowly went in favor of Aura PH as Diggie was no longer getting a gold bounty with every death.

At the 12-minute mark, Aura PH successfully captured a Lord buff in exchange for two members. They extended their league with a teamfight at the 14-minute mark, which saw them kill four members of Bren Esports, sealing the deal in the process.

Bren Esports was able to bounce back in the second game with Pheww’s Selena leading the charge with a 7/2/7 outing and KarlTzy’s Claude who finished with a 5/4/12 record and the highest damage in the game.

It was a back-and-forth game in the early stages when it came to kills, but Bren Esports managed to secure more lane pressure which eventually led to towers in the mid-game after the eight-minute mark.

Bren Esports captured a sizable lead at the 11-minute mark after getting the Lord buff and two members of Aura PH. They went on to destroy all the towers of Aura PH and did not let Aura get any good looks in on their own jungle lane.

Another Lord at the 15-minute mark was the boiling point for Bren Esports as pushed further into Aura PH’s territory and took the game to force a deciding game three.

In game three, FlapTzy’s Lapu-Lapu and Ribo’s Pharsa were the crème de la crème for Bren Esports as they were able to turn things around with crucial plays, especially in the late game team fights where one mistake can cost them the game.

Bren Esports started their early onslaught after Ribo scored a maniac near the Lord pit immediately giving the tempo to the boys in black and gold.

Aura PH had some flashes of bouncing back such as the 11-minute mark where they killed off five members of Bren Esports but ultimately, the FlapTzy-Ribo duo was too much to handle as Bren eventually took victory at the 19-minute mark after intense back-to-back teamfights.

Bren Esports will now face MPL MM S5 champions Burmese Ghouls in tomorrow’s Semifinals. The winner will go on to face the winner of Alter Ego vs Geek Fam in the Final.