Never count out the white tiger. 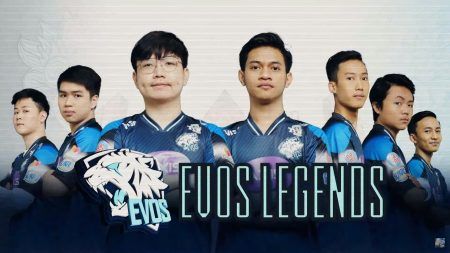 EVOS Legends has had a difficult Season in the MPL.

The team finished in sixth place with a 7-7 record, just managing to sneak into the last spot for the playoffs.

Additionally, things look rough for EVOS, as they will face Onic Esports first in the playoffs, and if they lose, they’ll be running through a tough gauntlet in the loser’s bracket.

While the odds are stacked against them, it would be a big mistake for the other five teams to underestimate EVOS. After all, this is the team that won the first M1 World Championship.

Bjorn “Zeys” Ong may is a figure who could be the key to EVOS’ revival. Apart from the complications of bouncing back and forth from coach and player positions, Zeys is considered to have his own way of maximizing the potential of the players.

Don’t forget, Zeys is part of the EVOS Legends team that won MPL Season 4 and M1. With that level of experience under his belt, he may provide some well-needed knowledge to the rest of EVOS.

The team has playoff experience

Last season, many doubted EVOS Legends due to their inconsistencies in the regular season. Even with such backlash, the team optimized their rotation of off-laners and managed to land in the grand final against RRQ Hoshi.

Though their S6 journey hasn’t been the greatest, Zeys and the boys can easily realign their playstyles for a stronger showing in the playoffs. When EVOS finds its best form, it is evident that almost all teams will have a hard time facing them.

They have young talent in the two Surabayans

“Bajan” Delvino Ardy and Sebastian “Pendragon” Arthur are the two new mainstay names in EVOS Legends. Unfortunately, both of them still live in the shadow of former teammates Donkey and Oura who were part of the M1 championship line-up.

The performance of Bajan and Pendragon is solid as young players, but they still haven’t reached their potential as game-changing playmakers, especially when senior players like Rekt and Wannn aren’t performing up to par. The playoffs should be the place for the two players from Surabaya to show their desire for a championship.

EVOS Legends is arguably the best team in implementing the 1-2-2 strategy during MPL ID Season 4. Along with the currently adapted META Jungler, whose system is somewhat similar to 1-2-2, EVOS should be able to use it to their favor.

Rekt and Wannn can both return to playing in their favorite roles.  The team tried to implement the playstyle during the release of the NEXT patch project, only to take a few more losses. With a break to reassess their playstyle, now is the perfect time for them to perfect it.

Rekt and Wannn are true champions

While Wannn and Rekt have not been able to stand out during the regular season, they are still team icons and former world champions.

Their micro and macro capabilities are beyond doubt, but above all, the most important thing to rely on is the winning mentality of Wannn and REKT. Having won M1 through a momentous comeback in the history of Mobile Legends, both players should be able to overcome the pressure of the playoffs and go crazy for another opportunity of a championship win.

READ MORE: Zeys returns to the MPL as the official trainer of EVOS Legends