The EU coach crosses the pond for some new action. 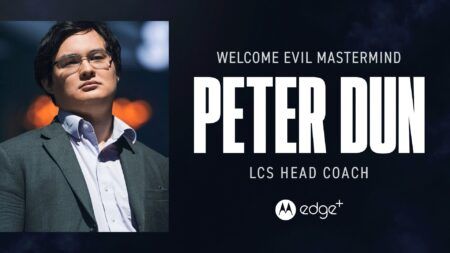 After a disappointing 2020 season, LCS team Evil Geniuses have bolstered next year’s efforts by signing former MAD Lions coach Peter Dun. The EU coach will be taking over the head coach role after Heo “Irean” Yeong-cheol’s departure on October 20.

During his 10-month stint with MAD Lions, Dun and head coach James “Mac” MacCormack surprised the EU region by taking MAD’s young blood line-up into a top 4 placement team in both the regular season and playoffs, even taking down LEC superteam G2 Esports in a best-of-five.

While their LEC success was monumental for the team, MAD started to show their inexperience on the Worlds 2020 stage. With a line-up that was unfamiliar with the international competition and relied on strong, yet inconsistent individual efforts, the team failed to conquer the play-in stage.

Even with a bittersweet end to their 2020 run, Mac considers Dun to be a critical part to MAD’s recent rise in the competitive scene. Dun prioritized creating strong relationships with players and helping them grow from a committed team experience.

“He’s really committed to just guiding you down the path, telling you the next step to take and setting you off to work,” stated Mac in a written post. “The biggest thing that I’ve taken from him is his philosophy on how to build a team and a learning environment. He’s helped me really look at the long term, and break things down in a systematic way, which is fundamental to our coaching structure at MAD Lions.”

While his time at MAD is now done, Dun has a more experienced squad waiting for him in Evil Geniuses. The EU coach will be coaching the likes of EU mid-lane star Daniele “Jiizuke” di Mauro and World champion Bae “Bang” Jun-sik. While the team struggled to make the difference in 2020, Dun’s more committed approach might provide EG with a stronger showing in the next LCS season.

READ MORE: C9 Academy coach, Reignover, will take over the main roster in 2021