C9 Academy coach, Reignover, will take over the main roster in 2021

He’s ready to bring Cloud9 back to the top. 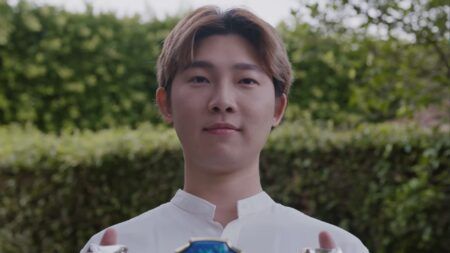 Cloud9 has officially announced that Academy coach Kim “Reignover” Yeu-jin will be stepping into the head coach role of the main LCS roster. Reignover will be replacing fellow Korean coach Bok “Reapered” Han-gyu.

Reignover enters the main team as a fairly young coach with around two years of experience. After a year of being C9’s positional coach, Reapered urged Reignover to tackle a bigger coaching role and later came in as the head coach of the Academy.

“As of 2020, I didn’t feel like I could learn too much by staying as an assistant or positional coach so I wanted to do something better with more responsibility,” said Reignover. “I kind of didn’t think I was ready for LCS head coach so I decided to start as an Academy head coach.”

With just a year in Academy, Reignover dominated the challenger scene with Cloud9. Despite taking in OCE player Ibrahim “Fudge” Allami, he managed to refine the top laner’s skills and implement him as a stable anchor for the team. By the end of the year, Reignover ushered the C9 A team to first-place regular season finishes and championships in both splits.

As for C9’s current situation in the LCS, Reignover has made it his mission to right the team’s wrongs in the 2021 season.

“The biggest thing I want to do is to make sure that whatever mistake or issue we had in C9 until now won’t happen again,” stated the new head coach. “I’ll be happy at the end if we fix all our issues and have a great run.”

While the team experienced some momentary success with Reapered as the LCS Spring champions, the team stumbled throughout the summer, eventually getting knocked out of the LCS Summer Playoffs and missing their ticket to Worlds 2020.

With C9’s rebuilding, Reignover will be joined by Fudge as the main roster’s new top-laner. Seeing as how the two have had experiences together, we may see Fudge transition well into the tougher competition ahead.