3 mid-laners who could potentially replace Bjergsen on TSM

Faker to TSM? Dream on. 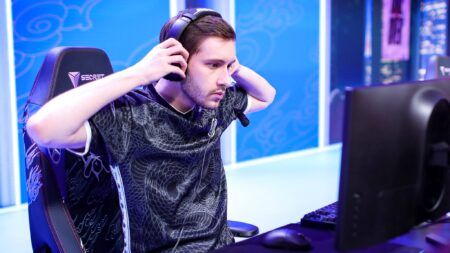 Legendary mid-laner Søren “Bjergsen” Bjerg has retired as a player and will now be moving into the head coach position, but who will take the legend’s place in the TSM line-up?

With expiring veteran contracts and worthy rookies up in the air, there’s a lot that could go well or go wrong with TSM’s newest roster situation. We’ve picked three likely players that could very fill the Great Dane’s shoes in the mid-lane.

A top gun in his own right, Tristan “PowerOfEvil” Schrage has shown that he’s capable of carrying a team in the mid-role for years now. In just one year, PoE managed to lead his team to two LCS final appearances and an impressive 3-3 Worlds showing.

Interestingly enough, TSM ADC Yiliang “Doubelift” Peng stirred things up with a recent tweet talking about “PoE” in reference to the RPG game Path of Exile. While it may coincidental or just a joke, it certainly opens up the possible opportunity for the team.

While pulling him out of the FlyQuest line-up might be brutal to the team’s current set-up, the EU mid-laner offers a more aggressive mid-funnel style that may help push TSM into a better playing standard. While his contract is still active until 2021, FLY jungler Lucas “Santorin” Larsen is set to leave so that could be a factor on whether or not the German mid-laner stays with FlyQuest.

While he may not be as famous as Bjergsen, Greyson “Goldenglue” Gilmer could be a quick replacement for TSM in Spring 2021. The resident LCS player is a solid mid-laner who can definitely act in a more utility-based role that Bjergsen usually takes.

As a player who lauded as the “nice guy” rather than for his skills, Goldenglue could definitely set a great comeback with a team like TSM. With the likes of Doublelift and Sergen “Broken Blade” Celik to provide the offensive edge, he can be the final piece to surely provide the playmaking.

Ever since he was replaced by Tanner “Damonte” Damonte during the mid-season break, his summer season looked bleak to many. Even though he was picked up by Evil Geniuses for the Summer Split, his time there featured only a few high points as a fringe player with Heo “Huni” Seong-hoon.

With GG’s contract with Evil Geniuses expiring this November, he’s bound to be looking for a team that’ll give him a more significant role than just being a substitute to Daniele “Jiizuke” Di Mauro.

With TSM and Bjergsen’s goal to substantially change the LCS’ reliance on veterans, the team may look to TSM Academy’s Jackson “Evolved” Dohan.

Despite being an unknown name to non-LCS fans, the Academy mid-laner was the first pick in the 2019 LCS Draft. The TSM player had an average KDA of 4.7 for the summer and came in third place for most kills in the 2020 LCS A Summer Playoffs.

In terms of team chemistry, Evolved has had his fair share of playtime with Vincent “Biofrost” Wang, Erik “Treatz” Wessen, and Mingyi “Spica” Lu. While the LCS may be a tougher crowd and setting, Evolved can certainly be a team player that plays a more mid-carry role with his usual picks of Zoe, Syndra, and Azir.

Though Evolved is still rough around the edges as a player, he can definitely grow into a more refined LCS regular with some firsthand experience and the help of head coach Bjergsen.