Can you predict who will advance to the semis? 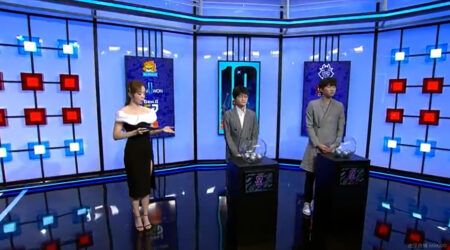 The Worlds 2020 quarterfinals draw occurred after Group D completed their run, and it is headlined by an LPL matchup between Suning and JD Gaming, and an LCK face-off between DAMWON Gaming and DRX.

On the last day of Groups, DRX and Top Esports were tied 4-1. The last match of the day determined which team would take first seed. After a bloodless game for the first twenty minutes of the game, Top Esports finally emerged the winner after securing Dragon Soul and scaling up on Orianna and Vladimir.

Top Esports joined Suning, Gen.G, and DAMWON Gaming as first seeds. These teams were drawn first in order, followed by the second-seeded teams.

G2 Esports was the first team to be drawn from the second seed pool. However, because they are in the same group as Suning from Group A, they cannot be placed in the same bracket. Therefore, they will be facing off against LCK representatives, Gen.G.

The second cross-regional matchup is between LPL first seed Top Esports, whom LEC representatives Fnatic was drawn into.

Will playing against a team of the same region be an advantage or a disadvantage?

The first quarterfinal matchup will begin on 15 October at 6 p.m. (GMT+8).

READ MORE: JDG coach Homme: ‘I want the players to do their best in every game and every situation’