What’s Bjergsen like as a coach? TSM spills all 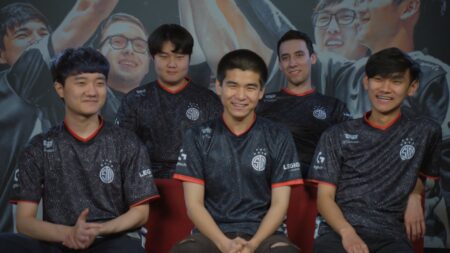 TSM has released a video of its League of Legends team answering questions from fans.

While most of the questions revolved around celebrities, places to visit, and favorite animes, the interview took a more serious tone when asked to review the performance of new head coach, Søren “Bjergsen” Bjerg.

Bjergsen was a legendary TSM player and an LCS icon that retired after the team’s unfortunate 0-6 run at Worlds 2020. Instead of calling it quits on the competitive scene, the former player shifted to the role of head coach for 2021 and now handles TSM’s current line-up.

“Last split, he was already doing a lot of the coaching job as a player,” said Mingyi “Spica” Lu, the only remaining member from TSM’s last line-up. “The transition for me was not that big of a difference and he can now focus more on the coaching side.”

“Since he was a player, he really knows in-depth details like micro and macro decisions,” explained POE.

“He’s doing a really good job at transitioning his knowledge to us and pointing out little mistakes that we can improve on. He has a good staff behind him too and I think he’s doing a good job overall.”

TSM currently holds a 10-5 record in the LCS, tying with Dignitas for second place, and will face Evil Geniuses on March 13.

You can watch the full video down below. The questions about Bjergsen start at 11:10.