This is the origin of TSM 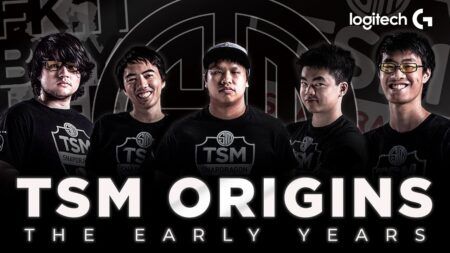 TSM may be known for its intrepid dominance in esports, fielding teams in every esports scene you can think of, but it has never forgotten its roots in the competitive League of Legends scene. In a video titled “TSM Origins,” former team members and rivals share their own anecdotes on the beginnings of TSM.

Before the glory days of Søren “Bjergsen” Bjerg and Yiliang “Doublelift” Peng, TSM was a hustling group of LoL players led by its founder, Andy “Reginald” Dinh. As the team’s first mid laner with barely any organizational infrastructure, Reginald spearheaded the team’s reputation as one of North America’s strongest LoL teams.

“I was playing League of Legends professionally twelve hours a day while also trying to run a business, pay for rent and the electricity bill,” said Reginald. “It was really an amazing experience to learn in general.”

While the current LoL competitive scene is heavily supported with regional season play like the LCS, TSM entered at a time teams could only perform in regional tournaments and in-house scrimmages. With no real content for fans other than a few vlogs and tournament appearances, TSM president Aileena “Leena” Xu sought to bring the players into the spotlight with their own content.

“Players didn’t really care about anything other than scrimming and sometimes streaming,” said Leena. “There was this huge gap of content that could be shot around their daily lives. I used to help record them with my iPhone.”

While the vlogs were fairly candid with little editing, TSM had fun documenting their lives as an esports team and was even able to pay for rent with the videos’ ad revenue.

TSM eventually scored a gaming reality show called “GameCrib” which recorded the highs and lows of the budding League of Legends team. The show captured TSM’s witty quips about other teams and more emotional moments like Shan “Chaox” Huang’s untimely departure from the team.

When it came time to compete, the video highlighted Marcus “Dyrus” Hill one of TSM’s most hardworking players. Bent on winning Season 2 and 3 of the NALCS, Dyrus recounts that it was a time of youth for him, where he wanted to hold himself up to a championship standard that brought happiness to his fans. TSM went on to win the first Spring season (2013) and the second Summer season (2014).

Though the team has established itself as a bigger esports organization outside of League of Legends, TSM’s origin era showed how a bunch of young, clueless League players were able to shape how teams could connect with their audiences.