Nji, labrov, and Milica will be joining the team. 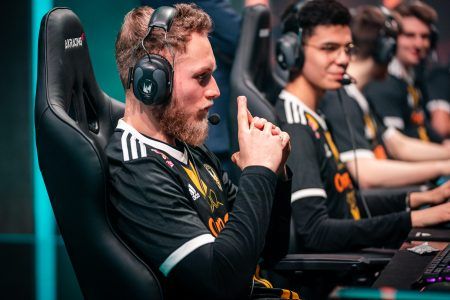 Jungler, Cantoursna “Nji” An, has been promoted from the academy team Vitality.Bee while support player, Labros “labrov” Papoutsakis, will be joining from German organization Berlin International Gaming (BIG). Team Vitality fans will also finally get to see Aljoša “Milica” Kovandžić’s mid-lane skills in action, after he was held up by visa issues last season.

The team’s previous support player Pierre “Steeelback” Medjaldi and jungler Duncan “Skeanz” Marquet will be sent back to Vitality.Bee for the La Ligue Française (LFL) 2020 Summer Split. Skeanz will be joining Team Vitality’s academy roster to help him further hone his abilities.

“Today, as we engage in the second half of the season, we decided to bring you back to the LFL, a place that will help you regain confidence, rebuild your strength, and help you become better while still considering your comeback in the LEC squad an option through the Summer Split,” according to a tweet addressed to Skeanz.

Team Vitality is also changing its management staff, with Gabor “The Minimalist” Fenyvesi stepping down as the Chief Gaming Officer to being the Team Director.

Team Vitality finished the 2020 Spring Split with a disappointing 2-16 standing, last in the overall rankings. They managed to snag victories against teams Fnatic (FNC) and SK Gaming (SK).

With this fresh squad, will they be able to finally achieve their goal of qualifying for the LEC 2020 Summer Split Playoffs?