MSI 2021’s anthem ‘Starts Right Here’ is a banger, but not quite 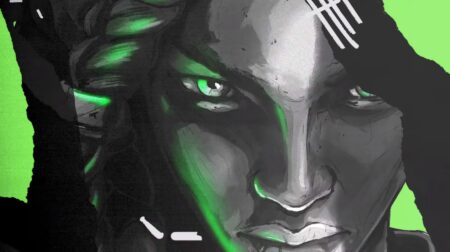 The League of Legends Mid-Season Invitational makes its epic comeback in a week, and fans are looking forward to the teams who will be competing at MSI 2021.

To keep the hype running, Riot Games dropped the anthem for MSI 2021 called “Starts Right Here.” It is a bold fusion of rock and hip-hop performed by up and coming rapper Kenny Mason, and indie duo Foreign Air.

I began nodding my head to the beat upon hearing Kenny Mason’s sick verse in the opening seconds, for it reminded me of the songs I listen to on my driving playlist like Travis Scott’s “Highest in the Room” and Rich Brian’s new single “Sydney”.

From the bridge to the chorus, the hype continues with a “bassy” feeling that’s similar to Riot’s other more popular upbeat songs like “Rise” (Worlds 2018) and “Take Over” (Worlds 2020).

However, after listening to the second half of the song, “Starts Right Here” started to feel a bit lackluster, especially when you compare it to its predecessor, MSI 2019’s anthem “Bring Home the Glory”, performed by Sara Skinner.

Don’t get me wrong, Kenny Mason’s parts were absolute fire, but “Starts Right Here” became too much like a rehash of other songs that Riot has produced.

My colleague Amanda “TaniaMae” Tan and I had a little chat about the new MSI 2021 song and how it might be overusing the rise-to-the-top theme.

The Glitch Mob, Mako, and The Word Alive’s “Rise” similarly encourages listeners to go on a journey and strive towards victory albeit with more detailed words to paint the picture, like climbing the peak of a dangerous mountain:

Welcome to the climb up, reach for the summit
Visions pray that one false step lead the end, so
Higher and higher you chase it
It’s deep in your blood, go and take it
This is your moment, take to the skies, go

On the other hand, MSI 2019’s “Bring Home the Glory” stands out and has a clear identity than its successor. The song slowly builds up musical tension, then drops it down to highlight Sara Skinner’s insane vocals.

There’s no time for redemption
Those flags you wave, will they hold up?
Don’t cry for your vengeance
It’s right there to take if you want it
The world is watching

“Bring Home the Glory” lures listeners with a story about one of the teams at MSI, perhaps referring to the winners of MSI 2017 SK Telecom T1, or Worlds 2018 champions, Invictus Gaming.

To me, “Bring Home the Glory” sounds like like a sibling of the Worlds 2016 song “Worlds Collide”, and is a very underrated gem in the League of Legends Spotify playlist.

So while “Starts Right Here” is a banger which made me bop my head a few times, I had to listen to it over and over again to let it grow on me.

After producing absolute bangers such as “Warriors” (Worlds 2014) and “Rise” (Worlds 2018) over the years, has the Riot Music Team gone too formulaic and predictable?

Or did I just outgrow the rock and hip-hop genre? Will we hear more phenomenal songs from Riot Games in the future?