Machi Esports’ Gemini: ‘I will sacrifice myself to match my team’s playstyle’

Machi is hoping to bounce back strong. 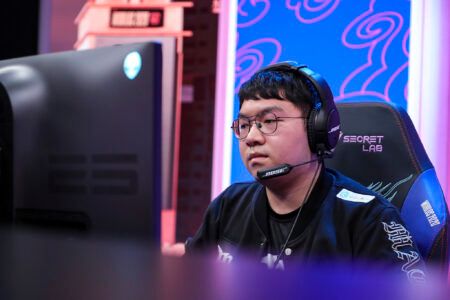 Pacific Championship Series (PCS) first seed Machi Esports are tied 1-2 with Team Liquid in Group A at the Worlds 2020 group stage after the first round robin. They convincingly defeated TL in their opening match, and were able to find an early tempo advantage against Suning, although they eventually lost the game in the end.

Machi Esports veteran jungler Huang “Gemini” Chu-Xuan acknowledges that the current score line can be better, so the team is currently focusing on getting more wins. In their match against Suning, they allowed their opponents to take back advantages despite a strong early game start — an area which Gemini hopes Machi will improve on.

Competing since 2016, his longest stint was with Hong Kong Esports (which rebranded to Hong Kong Attitude) where he was coached for a split by Wong “Chawy” Xing Lei before joining G-Rex, then Machi Esports for the inaugural PCS season.

Drawn into Group A, Gemini ranks G2 as the strongest team, followed by Suning then Machi. “Even though TL lost to G2, G2 should still be stronger. Their mechanics and individual abilities are more outstanding,” Gemini told ONE Esports, who attributed G2’s loss to the draft, where players were on champions they didn’t look comfortable on.

In the first three games at Worlds 2020, he’s played Volibear and Graves, and has yet to reveal any new picks because to Gemini, it’s all about the team. “Even though I can play any jungler, it depends on our picks and bans and draft. I will match my team’s playstyle. I will sacrifice myself.”

He has, however, already played tank Lee Sin — a build Lê “SofM” Quang Duy popularized here at Worlds — in the PCS Summer playoffs against PSG Talon. Gemini used this particular build against Graves jungle because “Lee Sin just needs CDR to be effective”. It’ll definitely be spicy if he picks tank Lee Sin against SofM in the remaining Group A matches.

Hailing from Kaohsiung, he would like to tell LoL esports fans that it’s a city with lots of small eats that are cheap. “There’s a lot of places to recommend. Everywhere has good food!”

Group A will battle it out today to determine which two teams will come out on top.