RIP Goredrinker… and everyone along with it. 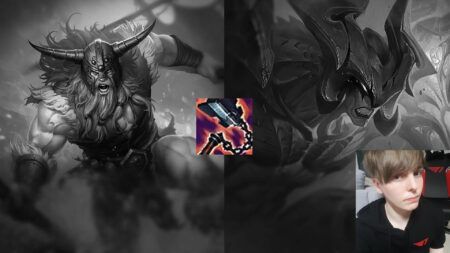 As preseason hardened into Season 11, it was clear that champions lined up on tier lists were purely there due to the item changes. The best performing jungler before this patch was Olaf, who had whopping 55% win rate in solo queue.

This champion hasn’t been tweaked since Season 9, yet he was consistently overperforming every other jungler solely due to the existence of one Season 11 item: Goredrinker.

Besides providing an additional 150% base health regeneration, Goredrinker’s active allowed champions to deal AoE damage around them to all enemy units, and at the same time heal a percentage of missing health for each enemy champion hit. (Whoever thought this was a good idea?)

Coupled with Ravenous Hydra and Sterak’s Gage, it was near impossible to kill melee fighters abusing this build, especially Olaf, who could turn on Ragnarok and simply walk up to the enemy AD carry and axe them to death.

Camille, Renekton, Aatrox, and top lane Rengar are some of the champions who had a field day in 2021. But with patch 11.3 hitting live servers, all that is about to change.

Riot nerfed the wave clear power Goredrinker was giving champions who did not have natural abilities to do so, and reduced the amount of health they can recover. In addition, Ravenous Hydra’s Omnivamp was weakened, while Sterak’s Gage Lifeline Shield was lowered.

Olaf himself also got hit, with lowered base health, and much reduced attack speed from his passive, nudging him out of the meta.

Indirectly, all the champions who were optimized for the Goredrinker, Ravenous Hydra, and Sterak’s Gage sustained build were majorly nerfed in the process, which is why LS is convinced that the Rift’s meta is about to greatly change.

Since mage items were nerfed in the same patch, while some tank, marksmen, and support items were buffed, can we expect champions in these roles to take over?