Can Dom save the day in NA? 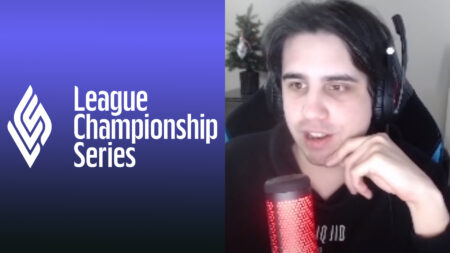 Dom is known for his hot takes and interviews with personalities from the competitive League of Legends scene, but in Fixing NA, the streamer goes in with a more value-adding approach to the realm of the LCS.

The LCS is considered the weakest competitive region amongst the four major leagues, leaving many to question what can be done to improve the league. In the new series, Dom tackles the actual gameplay of LCS matches, discussing where things went wrong and how things should’ve gone in his perspective.

While the series might be seen as a critical view of his own region, Dom wants the series to inform fans and players on how LCS teams can improve and ultimately become a better region as a whole.

“I assume that all these pro players know these general concepts, but the communication and the way that these teams are working together are just not good enough,” said Dom in the first episode.

“If we don’t start figuring out how to leverage our leads properly in situations like this, we’re not going to be able to contest with the best teams in the world and in international events.”

You can watch the first episode of Fixing NA down below:

READ MORE: League of Legends Esports Spring 2021 results and standings as of March 8