Can’t wait to get up close and personal.

As if getting Riot Games’ debut animated League of Legends series “Arcane” on Netflix wasn’t enough, the game developers are also treating fans to a real life experience with its first ever Hextech Expo.

Two cities, Piltover and Zaun, form the backdrop of Arcane’s rich storyline. This exhibition will bring to life Hextech technology — which League of Legends players instantly recognize as the line of bluish-purple skins in the Gemstone store — that the citizens of Piltover harness for power.

Where will Riot Games’ Hextech Expo be held?

Six cities worldwide will co-host the Hextech Expo this month, starting with Paris.

The Arcane exhibition will then travel to London, Madrid, Istanbul, Singapore, and Los Angeles as part of a connected experience for League of Legends fans.

As a preview, visitors to each location can expect to interact with amazing Hextech technology in the window displays.

“I don’t want to jinx it. But we’re confident our new stores will shatter any preconceptions fans have about Hextech – we’re super, mega excited about what’s to come at the end of each location,” said a Riot Games spokesperson. 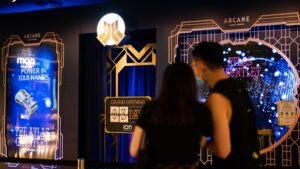 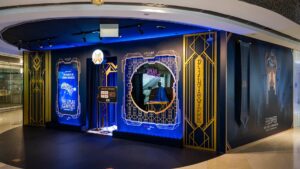 ION Orchard Singapore, a shopping mall located at the heart of
Orchard Road, plays host to the roaming Hextech Expo at basement one.

Arcane is exclusively on streaming platform Netflix with the following release dates.

This League of Legends anime marks Riot Games’ first series for television since the MOBA game’s debut in 2009. It will be a “visually spectacular thrill ride” for all viewers, according to Arcane’s director Dominique Bazay.