Since its release in 2009, League of Legends has become one of the biggest esports titles in the world. But the game did not come to Vietnam until August 2012, when it launched with a closed beta version.

Today, Vietnamese League of Legends has exploded in popularity. The region received its own Vietnam Championship Series (VCS) league in 2018, providing the winner with a direct path to the biggest international events.

Vietnam already showed promise in the Garena Premier League (GPL) back in 2012 with the Saigon Jokers. For five years, the Saigon Jokers were the only representatives of the region in the end-of-season championships, at least until the Gigabyte Marines (later renamed GAM Esports) entered the Rift in 2017.

The black and yellow squad has since become one of the top teams in the VCS. In terms of achievements and experience, no other name in the country comes close.

Formed in 2014 as Tt Miracle Boba, GAM Esports are now the most decorated team in Vietnam with six VCS and two GPL championships to their name. The team is also a regular in Riot Games’ competitions, often representing the land of the Ascending Dragon on the global stage.

One of the team’s most memorable performances came during the Mid-Season Invitational 2017. Led by jungler Đỗ “Levi” Duy Khánh, support Trần “Archie” Minh Nhựt, and Trần “Optimus” Văn Cường, the then Gigabyte Marines impressed at MSI 2017, finishing in a respectable sixth place. 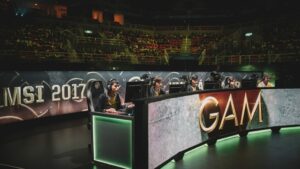 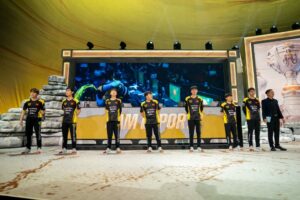 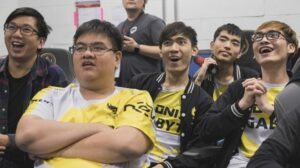 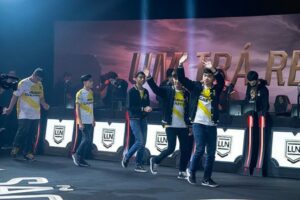 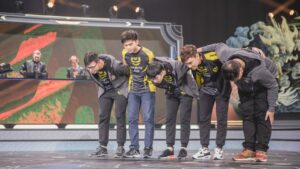 In 2021, Levi and his teammates continued to dominate in Vietnam, winning the regular-season championship and qualifying for Worlds. Unfortunately, COVID-19 travel restrictions would mean that they would not be able to travel to Reykjavík, Iceland, missing out on the biggest event in League of Legends esports.

When MSI 2022 rolled around, the team had to miss yet another international tournament. The 31st Southeast Asian Games was held during the same period in Vietnam, and GAM would be helping their country bring the gold medal home.

GAM showed total domination at the SEA Games, making a flawless run from the Group Stage to the Knockout Stage. In the grand final against the Philippines, the Vietnamese team stormed to a clean 3-0 sweep, cementing their position as the strongest side in Southeast Asia.

Moving forward, GAM are looking to pave the way for esports to reach greater heights in Vietnam and the region. But for that, they need the right support in an extremely competitive environment.

American organization NRG, ranked by Forbes as one of the top 10 most valuable esports organizations in 2020, has teamed up with Vietnamese lifestyle and entertainment company CMG.Asia to form NRG Asia. In 2021, they acquired GAM Esports to expand and develop their market in Vietnam.

Their goal is to elevate GAM Esports to become an iconic team, similar to the likes of T1, TSM, or Cloud9. At the same time, they want to promote the development of esports in Vietnam and Southeast Asia.

Part of the process includes providing the players with better support and infrastructure. NRG Asia overhauled GAM’s training environment, from their gaming house and training equipment to their team schedule.

But the partnership doesn’t just stop at improving the physical and mental health of their players, according to CEO TK Nguyen. Esports is an entire ecosystem, and GAM will also need to raise their profile through social media content and fan events.

The future of esports is bright in Vietnam, and GAM are part of the vanguard leading the way for a new generation of gamers.

This has been translated from Phuong Thao’s original Vietnamese article.