Selfmade said “luck was on our side.” 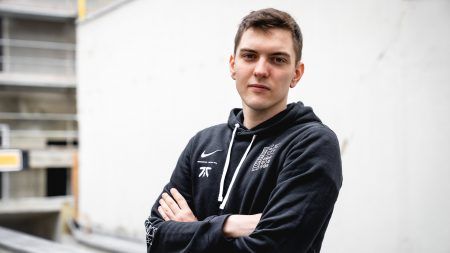 Fnatic and G2 Esports kept fans on the edges of their seats last weekend in a thrilling best-of-five series in the second round of the LEC Summer Playoffs.

After a hard-fought series, Fnatic defeated G2 Esports 3-2, making the team’s first victory over G2 in a best-of-five in nearly two years.

Fnatic jungler Oskar “Selfmade” Boderek described it as a fiesta, saying that things could have gone the other way around because both teams played greatly according to a post-match interview.

“There was relief that we don’t have to play the series anymore,” said Selfmade. “And it also felt nice that we won against them (G2 Esports) for the first time, right? But the way we won was just… Yeah, luck was on our side.”

Additionally, Rekkles praised Selfmade for having “played super well” in this series in particular, with the latter utilizing the champions that his teammates gave him.

Here’s what went down during the intense match-up between Fnatic and G2 Esports.

Zdravets “Hylissang” Iliev Galabov’s Nautilus popped off in the first game, giving an early warning to G2 and showing everyone his insane form as Fnatic’s support player. He successfully made engages and soaked up all the enemy damage to let Rekkles rake all the kills from G2. Game 1 ended on a good note for the orange team, taking a 14,000 gold lead after 32 minutes.

However, G2 evened out the series with a relatively better draft this time around. Mihael “Mikyx” Mehle’s stellar performance on Leona carried the team to victory. The combination of Leona’s crowd control and Mikyx’s aggressive play style bagged a lot of victorious teamfights for G2 with Rasmus “Caps” Winther’s Orianna and Marcin “Jankos” Jankowski’s Sett at the helm.

Fnatic answered back to G2 by completely destroying them in the third game. Just take a look at this one shot from Tim “Nemesis” Lipovšek’s Orianna which annihilated Martin “Wunder” Hansen’s Gangplank in an instant.

Ultimately, it was Selfmade’s Hecarim who made the difference for the team with his 647 damage per minute.

G2 was able to bounce back on Game 4 with Luka “Perkz” Perković’s ultra-clean play on Ashe. He scored a perfect 4/0/8 KDA and even recorded a huge 39.6% damage percentage.

To be fair, Perkz warned everyone about his upcoming Ashe performance before the Playoffs.

Both teams gave fans a thrilling ending to the series. Everyone thought Fnatic was already done for when only Rekkles’ Senna and Nemesis’ Lucian were left to defend the base, but the two were able to take down Wunder’s Ornn to keep their Nexus alive.

After securing the ocean soul, Fnatic went straight ahead for G2’s base. Perkz’s Ashe attempted to do a backdoor on Fnatic’s base but unfortunately Nemesis ended his effort and won the base race.

For the first time in 874 days, Fnatic took the series against G2 and have secured their slot for the Summer Finals.

READ MORE: G2’s Mikyx is only scared of one LEC team: ‘I hope someone else takes them out’