The star top-laner is now in recovery. 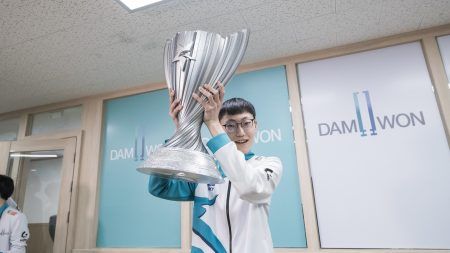 Jang “Nuguri” Ha-gwon of DAMWON Gaming was recently admitted to a hospital due to a collapsed lung.

The top-laner was feeling short-of-breath a day after the LCK Summer Final (September 5) and immediately went into surgery after the diagnosis.

Now in recovery, Nuguri will spend a few more days at the hospital and will be discharged on September 13. With his other teammates flying out to Shanghai, China for Worlds 2020 on September 11, the DWG top-laner accompanied by a team manager will be reuniting with his squad on September 18.

While this may limit their chances of practicing for the prestigious cross-region tournament, DAMWON Gaming is currently the best-performing team in the LCK. They finished the Summer Split in first place and recently won the LCK Summer Final against DRX with a 3-0 sweep.

With the seasonal LCK awards, DWG dominated many of the categories, including Regular Season MVP and Young Player with Heo “ShowMaker” Su and Best Coach with Lee “Zefa” Jae-min. Four out of DWG’s starting-five even made it into the All-LCK First Team.