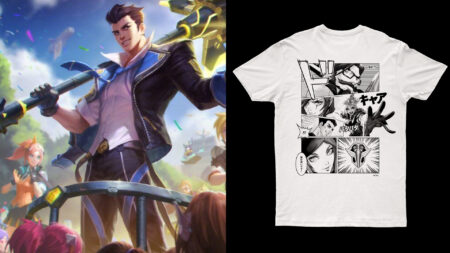 If you’ve already collected all 11 League of Legends Battle Academia in-game skins, and on top of that, invested hours to farm up for Lux’s and Leona’s Prestige Edition skins, we’re going to tell you right now — it is not enough.

One of Riot’s most popular anime-inspired skin lines, Battle Academia just got its very first merchandise release today and it does not disappoint.

Made from durable acrylic, they will look totally outstanding on your backpack.

Always doing cool things with his hands, Ezreal’s pose is a perky nod to his epic Battle Academia splash art.

Lux’s pose on the other hand, is brand new. Standing on one foot, welcoming you with open arms, she looks most adorable. The colors and simplified design of her outfit also gives off Demon Slayer vibes.

Yuumi in all her glory, received her own solo because, well, she’s the boss! As the newest principal of durandal God-Weapon Academy, Battle Principal Yuumi Team Mini stands as a limited edition collectible.

Now that you’ve got your study table and back pack ornamented, it’s time to level up your dressing. The rich red and navy blue color blocking in the Battle Academia Durandal Class Zip-Up Hoodie will make you look sharp, smart, and ready for any assignment.

Why not go full weeb by tucking in your Battle Academia Durandal Manga Tee underneath? It reads Battle Academia in Japanese Katana on the front, and has a full manga panel at the back featuring classic phrases like “Nani?” and printed sound effects. 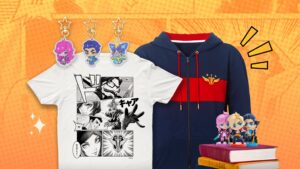 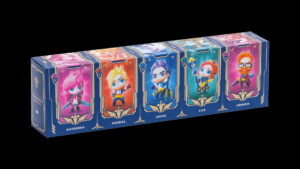 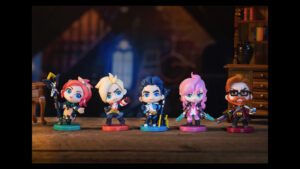 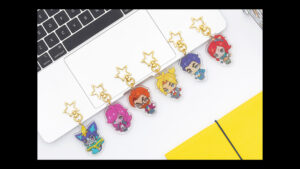 This is the complete price list of Riot’s debut Battle Academia drop: