5 underrated players to look out for at Worlds 2020

It’s time for the rookies to shine. 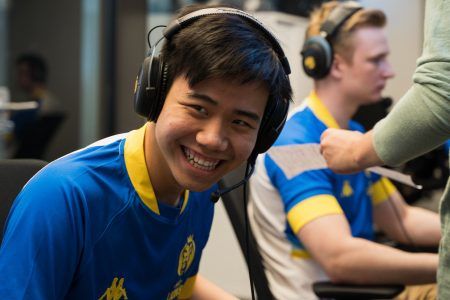 We all know the big names to look out for at Worlds 2020 like TSM’s Søren “Bjergsen” Bjerg, G2 Esports’ Rasmus “Caps” Winther, Damwon Gaming’s Heo “ShowMaker” Su, and Top Esports’ Zhuo “knight” Ding, but what about the less well-known players who have quietly been killing it all season?

Here are five lesser-known players you should keep an eye on at Worlds 2020.

Together with his team, he has bested League leaders like G2 Esports multiple times now, delivering the cleanest plays Europe has ever seen.

Aside from his signature champion, we’ve also seen Shad0w pop off using other champions like Volibear and even the new jungler Lillia.

This Worlds 2020, we’re excited to see how Shad0w would fare against the other players, especially since he’s the only Chinese jungler coming from a different region. Additionally, Gen.G’s Kim “Clid” Tae-min recognizes Shad0w’s potential as he has witnessed from the Summer Split.

Can Edward “Tactical” Ra even be considered underrated anymore? If you don’t already know his name, the LCS’ Rookie of the Year and self-proclaimed “King of NA” came out of nowhere this season as one of the best ADCs in North America. The guy is an absolute beast, dominating in statistics like damage share (29.7%), damage per minute (590), and the share of CS percentage post-15 minutes (32.1%).

Tactical and his support Jo “CoreJJ” Yong-in proved to be an unbeatable duo in the LCS Summer Split.

The young ADC has even expressed an interest in facing Gen.G’s Park “Ruler” Jae-hyuk, CoreJJ’s former teammate over at Samsung Galaxy back in 2017.

Since his debut this year, Huanfeng has been admired by fans for his great positioning and teamfighting, especially with his support Hu “SwordArt” Shuo-Chieh by his side.

What’s terrifying is this 19-year old rookie only made his debut in the LPL this year, and Huanfeng seems to have accomplished so much already and is now prepared to prove it to everyone on the international spotlight.

Like one of the brightest stars in the night sky, Mingyi “Spica” Lu has constantly shined as Team SoloMid’s jungler. We’re really impressed with the form he has shown us through the Summer Playoffs, coming up with creative picks like Shen on jungle which G2 picked up during their series against Fnatic.

But that’s not all, because Spica actually dominated the Playoffs with a total of 66 kills, the highest record among all LCS junglers and fifth across all players regardless of position.

We’re stoked to once again witness the flexible playstyles of the youngest jungler to step at the Worlds stage this year, from his Nidalee to River Shen picks.

Arguably one of the most underrated players in the LEC, Emil “Larssen” Larsson has had a great run with Rogue this Summer season. He is so great at using Azir in the midlane that the team has build its composition around this champion, as seen during the playoffs.

To back up our claim, Larssen actually has a 65.4% overall win rate on his Azir, having played 26 games with the champion so far. He is very good at teamfighting and has an insane chemistry with the other Rogue members as seen in this clip.