In this patch, it’s all about Geo supremacy. 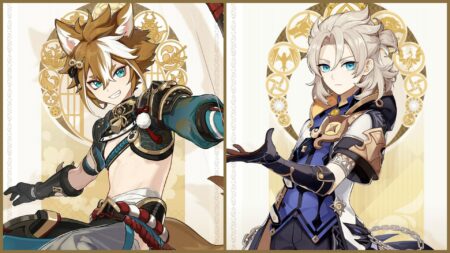 Travelers, another update is looming over the horizon, and it will showcase the supremacy of Geo characters.

Here’s everything you need to know, including the schedule and where to watch the livestream.

Where to watch the Genshin Impact Version 2.3 Special Program

Schedule of the Version 2.3 Special Program

If you happen to miss the Twitch livestream, you can always catch the VOD which will be uploaded later that night on Genshin Impact’s YouTube channel.

MiHoYo has dropped some teasers for the special program, which included upcoming Geo characters Gorou and Arataki Itto.

The photos also include Albedo, which might be hinting at a banner rerun this Version 2.3.

MiHoYo will also be giving out free primogem redemption codes and other goodies for viewers, so keep your eyes peeled!

READ MORE: This Fischl cosplayer has the ultimate cosplay accessory