Genshin Impact is coming to the PlayStation 5

Get ready for some next-gen elemental action. 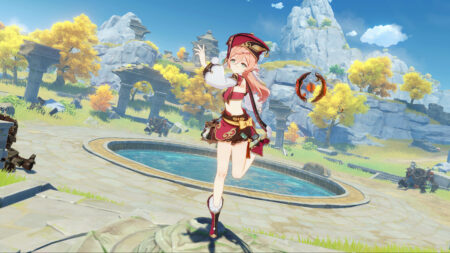 Genshin Impact is finally making its way to the next generation of consoles, starting with the PlayStation 5.

The hit online RPG will be coming to the PS5 starting with version 1.5’s “Beneath the Light of Jadeite” on April 28. PS5 players will get to experience the continuation of Zhongli’s story quest and the introduction of Genshin’s newest playable characters, Cryo claymore user, Eula, and Pyro catalyst wielder, Yanfei.

Developer miHoYo has confirmed that Genshin Impact will have native support on the PS5, providing fans with enhanced visuals and better game performance.

New Genshin players on the PS5 will already have a lot of stories to hear and journeys to embark on in the two regions of Mondstadt and Liyue. Still, miHoYo is already setting up its newest platform for the introduction of upcoming new region, Inazuma.

Releasing a few teaser images of the Electro region, miHoYo’s early transition into the next-gen console could establish an ever bigger player base ahead of the region’s highly-awaited release.

You can download Genshin Impact for free on the PlayStation Store on April 28.

READ MORE: These 5 characters were instrumental in making Genshin Impact a billion-dollar game