Which Inazuma character are you going to wish for? Genshin Impact’s New Version Special Program, also known as the Inazuma livestream, has revealed a lot of things to look forward to in the upcoming Electro region.

The hour-long program discussed not just all the new content and characters, but also the development team’s thought process in designing Inazuma as well.

Since the Genshin Impact housing feature Serenitea Pot was introduced in the 1.5 update, miHoYo will be rolling out more content to give players their rightful “home away from home.”

Serenitea Pot players will soon be able to use the gardening feature, as demonstrated from the Inazuma livestream.

Players will receive the Seed Dispensary gadget from Madame Ping to jumpstart their own Serenitea Pot garden. Some of the plants that can be sown include Small Lamp Grass, Violet Grass, and Carrot.

This gardening feature will be a big help to players who farm materials to level up their characters, craft new Serenitea Pot furniture, or for those who simply enjoy cooking dishes for buffs and heals.

The Pyro Hypostasis and the Perpetual Mechanical Array are two new bosses that will shake up Teyvat in the next update. 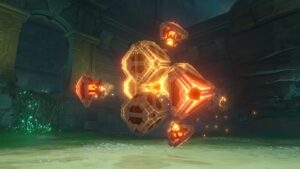 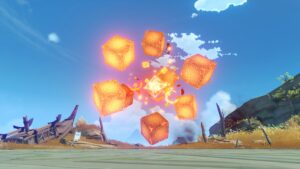 The Pyro Hypostasis is the fifth Hypostasis boss introduced in the game. Meanwhile, the Perpetual Mechanical Array seems to be a cross between Hypostases in its cubic form and Ruin Guards as seen in its pattern.

Additionally, players can expect to encounter a new kind of Fatui Cicin Mage with Hydro abilities.

In this new system, travelers can pick the five-star weapon they ultimately want, and chart a course to get it. If players receive a different five-star weapon from their original choice, they will get one Fate Point. A player can only obtain a maximum of two Fate Points.

Once the player has reached the maximum amount of Fate Points, the next five-star weapon they choose will appear through Epitomized Path.

Aside from the first four Inazuma characters revealed by miHoYo, the developers gave a sneak peek of the rest of the upcoming characters that will also be featured in future Inazuma Archon quests.

A total of six new Inazuma characters were announced:

This brings the Inazuma character count to ten, including:

Kamisato Ayaka will be released on The Heron’s Court Character Event Wish banner, followed by the Tapestry of Golden Flames banner featuring Yoimiya and Sayu.

1. Our first official look at the Electro Archon, Baal

The third Genshin Impact Archon has finally been revealed, and she goes by the name of Baal.

Also known as the Electro Archon and the Raiden Shogun (God of Eternity), a huge part of the Inazuma update will center on Baal and her pursuit for eternity.

Xiao Luohao, Genshin Impact’s Head of Creative Concept and Writing Team, pointed out the irony between the Electro element or lightning as a fleeting concept, and Baal’s quest for endlessness. The Inazuma chapter was primarily designed to revolve around this plot, including the entire culture of the new region.

Baal appeared at the end of the Inazuma livestream, pulling out a sword from her chest, leaving fans with the mysterious words “You will be inlaid upon this statue.”

You can watch the full Genshin Impact Inazuma livestream here: