UEFA is venturing into esports with PES eEuro 2020 tournament

The finals will be held in London, three days before the actual Euro 2020 finals. 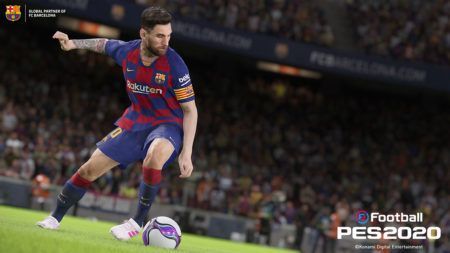 UEFA has announced eEuro 2020, an esports version of the actual Euro 2020 football tournament.

The tournament will be played on Konami’s upcoming Pro Evolution Soccer 2020, and UEFA is offering a US$100,000 prize pool.

Like Euro 2020, all 55 national associations will be able to compete in the qualifiers to secure a spot in the eEuro Finals, which will take place in London on July 9-10 2019.

Each country will be able to field a two- to four-man team for the tournament. Participating countries that already have an existing e-football team can immediately register for eEuro 2020.

The tournament format will be very similar to its real-world counterpart. There will be an official draw to split the teams into groups. In the group phase, each team will play two matches against other group members.

The top 16 from the group stage will then continue to a single-elimination knockout phase to compete for championship gold.

Further details and updates on eEuro 2020 can be found here.