It’s about to get snippy. 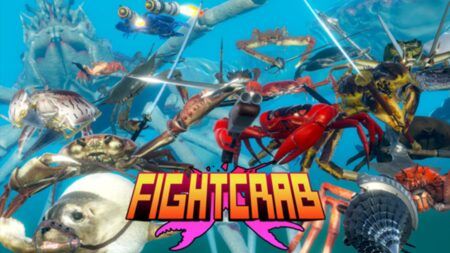 An esports tournament in the city of Toyama in Japan will not be giving away prize money to winners, but will instead award them with crabs.

Yes, you read that right, crabs.

Toyama is famous for its seafood delicacies, especially the red snow crab, known locally as beni zuwagani. According to Japanese pop culture site kai-you, 100 red snow crabs are up for grabs in the King Crab Tournament, one of the events in this year’s Toyama Gamers Day on October 24.

Fittingly, the game that will be played in the King Crab Tournament is Fight Crab, a 3D physics-based action game where — you guessed it — players take control of different species of crab and fight in epic battles to see who can emerge as the superior crustacean.

Up to 128 players can participate in the tournament, with the Nintendo Switch version of the game being used.

Toyama Gamers Day will also feature a Fortnite: Battle Royale tournament that will give away crabs as prizes too, though it should pale in comparison to the main event where people play as crabs to win crabs.

Don’t scoff at red snow crabs being the prize you get for winning an esports tournament. These snippy boys can cost up to 3,000 yen, or almost US$30, with one particular crab fetching 5 million yen, or US$46,000, in an auction last year.

It’s also a creative way to circumvent restrictions that cap the amount of prize money that can be legally awarded in esports tournaments in Japan to below US$900.

While the King Crab Tournament may sound like a novel idea to most people, it’s not the first time that a Japanese esports tournament will be awarding seafood to winners instead of prize money.

Ogasahara “Mara” Osamu, a fisherman and avid Dota 2 fan, has been hosting the Mara Cup, more popularly known as the Oyster Cup, for the Japanese Dota 2 community since 2015.

Is there a Ramen Cup or Kobe Beef Cup somewhere?