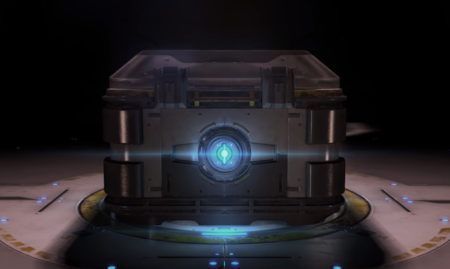 There are actually three separate war chests, one each for Terrans, Protoss, and Zerg, each priced at US$10. Alternatively, you can buy all three in a bundle for US$25.

Buying a war chest automatically unlocks a single unit skin, an exclusive portrait, a decal, and a loading screen race banner. As you play, you’ll be able to unlock more goodies for each race, including more unit skins, emojis, sprays, and portraits.

For players that own all three chests, there will be 80 new items to unlock.

There are also rewards you can earn for other Blizzard titles, including a Hearthstone card back, a Diablo 3 Tal’Darim Pet, a Starcraft II Slot Machine Random Banner, and a Heroes of the Storm loot chest.

Even players who don’t purchase a war chest will be able to earn some free loot just by playing, including Brood War-inspired skins for the Marine, Zealot, and Hydralisk units, and an awesome salt shaker spray.

The Blizzcon 2019 war chest will only be available until November 7, after which you’ll have until December 5, 2019 to complete your War Chest and finish unlocking all rewards.