Add them all to your cart! 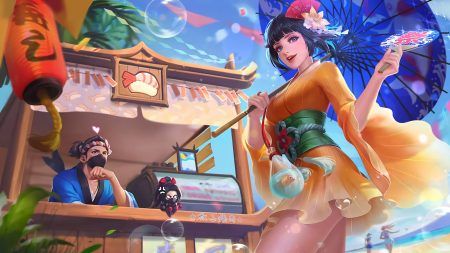 Lazada, Shopee, and other brands are going all out with their offers today, November 11 or what others would simply call as 11/11 Singles Day.

The 11/11 Singles Day sale actually originated in China as an event meant to encourage single people to splurge and shop gifts and goodies as a treat for themselves. It’s basically the Black Friday of Asia, wouldn’t you agree?

The Chinese retail event later became a major shopping occasion especially around Southeast Asia. Consumers now look forward to 11/11 annually, that one special day where major shopping outlets and brands put out their biggest sales for one day.

Of course video games are doing this trend as well, which is why we’ve put up this list of the five best gaming deals today, 11/11 Singles Day.

For those of you who wanted to get a PlayStation 4 system for the longest time, now is the best time to do so! Sony is slashing off the price of its PS4 Mega Pack from US$373 to a very low promotional price of US$310. That’s US$63 worth of savings!

The PlayStation 4 Pro Marvel’s Spider-Man Game of the Year Edition / Horizon Zero Dawn is also up for grabs from US$500 to US$400.

Mobile Legends: Bang Bang is also holding a sale of their own! Starting today, their storewide skins are discounted for up to 50% off. Go crazy and purchase all the Epic skins that you want!

They also have another offer where players can choose one from four skins for the price of 50 diamonds.

To top it all off, players who spend any amount of diamonds will have a chance to become the “Double 11 lucky player” where he will be able to win all the diamonds he spent back., Now that’s crazy!

Another mobile MOBA title that’s popular in Southeast Asia, Garena’s Arena of Valor, is jumping on the bandwagon with an 11/11 sale of their own.

AoV teased about its big sale by posting silhouettes of some of our favorite heroes as seen from their Facebook page. Will Tel’Annas’ Dimension Breaker skin have a huge discount?

Once redeemed, the global code “GENSHIN1111” gives players 60 primogems and 10,000 Mora. Go spend it on a single pull, or maybe splurge a little like Damwon Gaming’s Cho “BeryL” Geon-hee.

Hours later, another redeemable code “GENSHINGIFT” went out among social media groups and forums which granted 50 primogems and three Hero’s Wits to players.

Head over to the official Genshin Impact website to redeem codes.

Premium titles like fight game DRAGONBALL FIGHTER Z, puzzle game Katamari Damacy Reroll, and arcade rhythm title Taiko no Tatsujin: Drum ‘n’ Fun! are all up for grabs for less than US$15.

View the full list of Nintendo games on sale here.

READ MORE: Faker now has his own gaming monitor