Nurse Joy is that you? 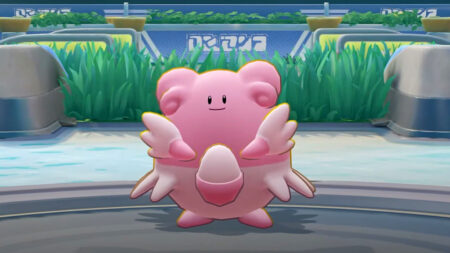 The latest patch for the Nintendo Switch has the Pokémon Unite community buzzing with excitement.

TiMi heard our cries and finally threw down the nerf hammer on Snorlax, whilst Blissey will be making her debut on the active Pokémon roster.

Debuting alongside the upcoming balance patch, Blissey looks to be a defensively built support Pokémon.

In her spotlight video we see that Blissey can heal, provide shields, boost her allies attack speed and what seems to be a damage mitigating Unite Move. An ideal Pokémon for players who love to play a hard support role.