Nissan enters esports by partnering with Optic and FaZe

Players will sport Nissan logos on their jerseys, and vehicles will be provided for marketing purposes. 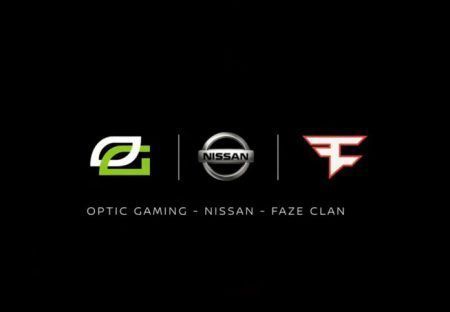 Nissan is now the latest automobile giant to enter esports, as the Japanese manufacturer has partnered with the North American esports organizations OpTic Gaming and FaZe Clan.

Nissan will become a jersey sponsor for both of its new partners, with the members of both organizations also given access to Nissan vehicles for branded content across digital and social platforms.

“For any company trying to reach the Gen Z and millennial-minded audience, streaming and esports is an enormous opportunity. We believe this partnership presents a new approach in introducing ourselves and connecting with millions of fans through their favorite gamers,” said Robert Cross, Director of Media and Activation at Nissan North America.

“We are thrilled to have an innovative automotive company like Nissan as a sponsor and brand partner. We look forward to creating compelling content together for this exciting relationship,” said Lee Trink, CEO of FaZe Clan.

“It’s an honor for OpTic to introduce Nissan to esports. Nissan has been innovating since the 1930’s, and we believe the crossover of our engaged and tech-savvy fan base will help drive Nissan’s continued history of improving the lives of vehicle owners through their unique approach of technological integration,” added Ryan “OpTicJ” Musselman, President of OpTic Gaming.

Both FaZe Clan and OpTic Gaming have also made it to our list of the Top 20 Esports Teams in the World.

Aside from Nissan, many automobile companies have also made moves in the esports industry in the recent months. Namely, BMW sponsored Cloud9, Honda became the automotive sponsor of Team Liquid, Mercedes-Benz purchased a stake in SK Gaming, Audi partnered with Orgien, and Kia Motors has sponsored the LoL European Championship (LEC).