Which childhood character are you maining? 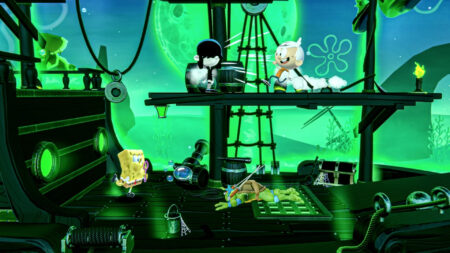 Have you ever wanted to see your favorite childhood cartoon characters duke it out in a fighting game?

Well, today is your lucky day because game developer Ludosity has just unveiled Nickelodeon All-Star Brawl. What’s even better is that it also includes the best netcode for online play.

What is Nickelodeon All-Star Brawl and why is the FGC invested in it?

Up to four players fight against each other on a two-dimensional stage that includes similar platform elements as Nintendo’s Super Smash Bros.

If you’ve never played Super Smash Bros before, the idea of the game is to bring together the most popular characters a company or game developer owns, and throw them in a party-style brawl where players fight each other until there’s only one left standing.

What makes the Nickelodeon All-Star Brawl game intriguing for the FGC is its rollback netcode feature — the vastly superior connection for online-based play.

Since Nintendo is still using the outdated delay-based netcode, fighting-game fans are convinced that Nickelodeon’s All-Star Brawl will provide a better online experience compared to the game it’s based on.

The FGC prefers fighting games to use rollback netcode because it resembles playing offline the most.

Rollback netcode does not require both players to receive inputs before they take effect in-game. Both players run the game simultaneously, and their inputs take place immediately, with the netcode predicting each player’s moves.

If the netcode is wrong, the game will then correct itself and roll back before the incorrectly predicted outcome occurs. Anyone with a decent internet connection will therefore experience a quick and responsive time playing online.

Super Smash Bros. Ultimate still uses delay-based netcode today, which is rough for players, for they feel like their inputs are always delayed.

Nickelodeon All-Star Brawl will be available this fall and playable on PlayStation 4, PlayStation 5, Nintendo Switch, Xbox One, and Xbox Series X|S.